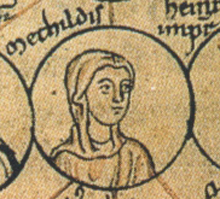 The noble family of the Ezzones was at the height of power in the 11th century. The namesake and Count Palatine of Lorraine named Ezzo had already attained an almost ducal position on the Rhine around the year 1000. How had he managed this? It was, as so often in life, the circumstance of having the right connections and the right nose. Ezzo had successfully … END_OF_DOCUMENT_TOKEN_TO_BE_REPLACED 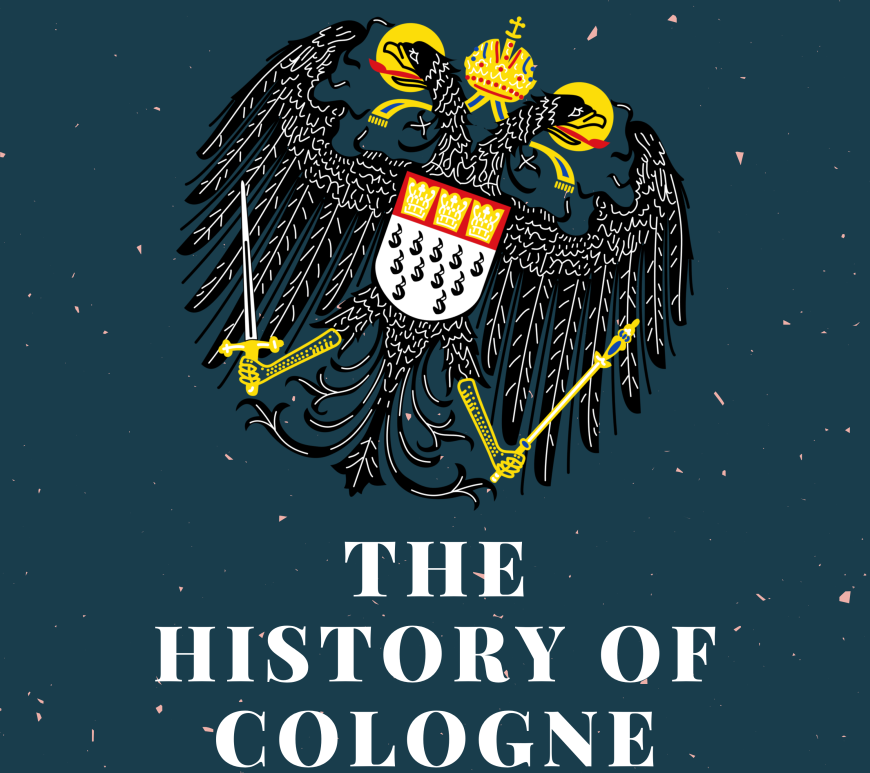 It’s vacation time, hopefully for you too or that you get some time to rest. Have you ever asked yourself why some perfume is called Cologne in the English language? Well, you don’t have to wait anymore. Just take a listen. END_OF_DOCUMENT_TOKEN_TO_BE_REPLACED 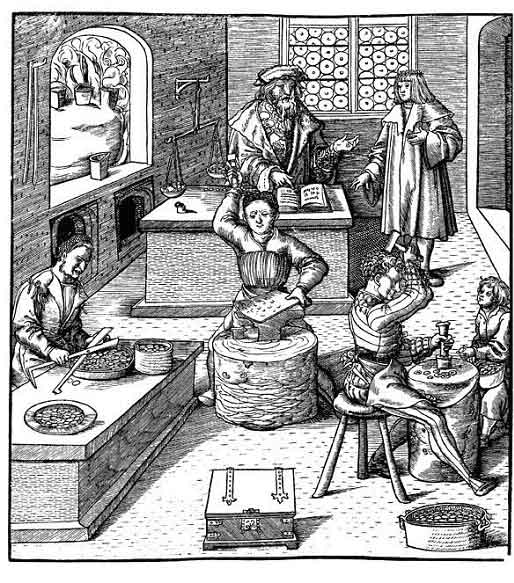 Cologne in the 11th century: We look around a bit in the area of Cologne Cathedral, where the Archbishop’s palace is located, the monastery monastery and on the square itself, where court hearings took place. Domhof (Cathedral Courtyard) & Domkloster (Cathedral Convent) Yes, this maps is a few centuries later, the 16th century so to speak, but the medieval structure of the city was still … END_OF_DOCUMENT_TOKEN_TO_BE_REPLACED

Heribert was around the year 1000 AD at the pinnacle of power as Chancellor of the Holy Roman Empire – but then he was suddenly deposed: but this was a stroke of luck for Cologne. Heribert is also one of the most important medieval archbishops in the history of Cologne and here you can find out why this 11th century imperial prince is so significant … END_OF_DOCUMENT_TOKEN_TO_BE_REPLACED 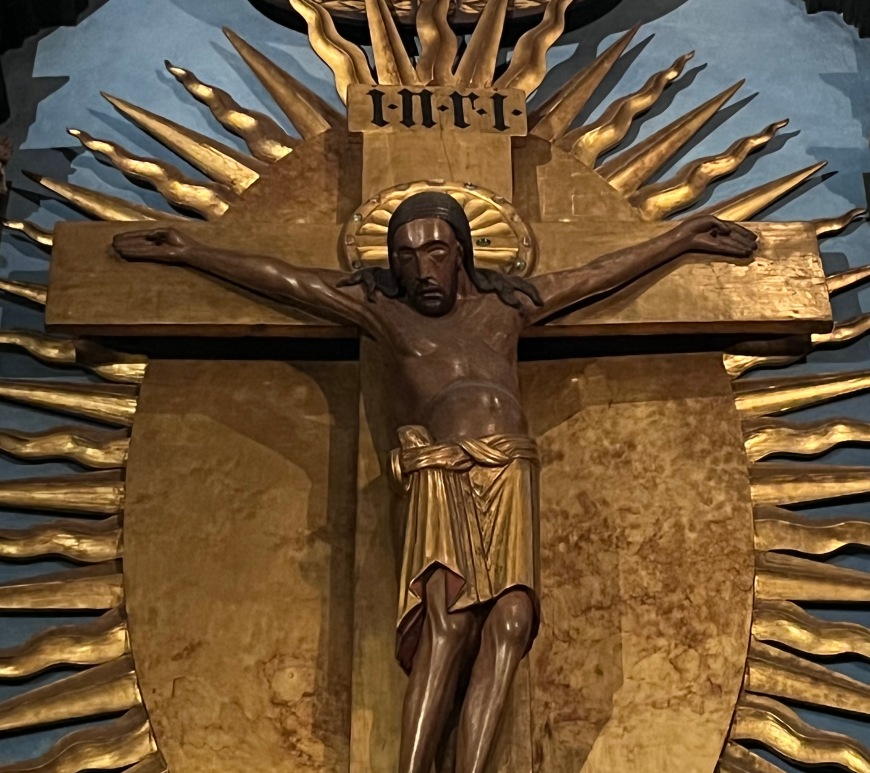 Cologne in the Year 1000 AD. This year was a year like many others. But let’s take advantage of the beginning of the new millennium to discover the city on foot again. We explore the old city on the Rhine in the year 1,000. What characteristics can be found here? Let’s find out together! Kunibertsstift (Monastery of Kunibert) The Kunibert Monastery in the late medieval … END_OF_DOCUMENT_TOKEN_TO_BE_REPLACED 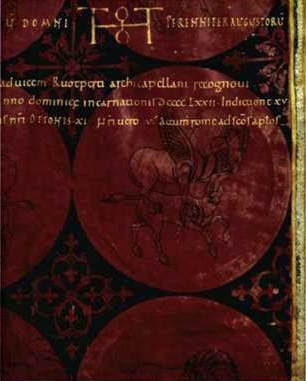 From the imperial palace in Constantinople to cold Germany. Theophanu’s story, which will find its new adopted home in Cologne, is the subject of this episode. A woman who has received far too little attention so far. How did the young Byzantine princess Theophanu become the richest woman in Europe at only 12 years old. And how did she become the most powerful woman in … END_OF_DOCUMENT_TOKEN_TO_BE_REPLACED

St. Pantaleon As promised in the podcast, I had promised a shot from the north side of the basilica. I took that photo, too, but this photo from Wikimedia Commons is much better. I have drawn in red, the original core part of the church from the 10th century. Only this part was built shortly after Bruno’s death.Everything else are additions and alterations from later … END_OF_DOCUMENT_TOKEN_TO_BE_REPLACED

Cologne’s Frankish era is often overlooked. Yet this period was just as long as the Roman era. A whole 500 years! You can look back, but of course you can also look forward. Heumarkt square King Sigibert of Cologne Important (Arch-)bishops of Cologne Von © Raimond Spekking / CC BY-SA 4.0 (via Wikimedia Commons), CC BY-SA 4.0, https://commons.wikimedia.org/w/index.php?curid=9027933 Napoleon From ancient Slavery to medieval serfdom END_OF_DOCUMENT_TOKEN_TO_BE_REPLACED

Cologne becomes the starting point of the so-called imperial church system that forms in eastern France in the middle of the 10th century. The little brother of Emperor Otto I, also called Otto the Great, becomes a big guy himself when he is elected Archbishop of Cologne in 953 and at the same time appointed Duke of Lorraine. As archduke, Bruno thus has more power … END_OF_DOCUMENT_TOKEN_TO_BE_REPLACED

Cologne is in an intermediate phase around the year 900. In the whole region of the former Frankish Middle Kingdom of Lothar the question is going around, which empire can protect it better? To which sub-kingdom of Charles the Great’s former Frankish empire do people feel more attached? The West Frankish Empire, which later became France? Or to the Eastern Frankish Empire, which later becomes … END_OF_DOCUMENT_TOKEN_TO_BE_REPLACED

✨New Episode!✨ Have fun listening. 🤓 #history #historypodcasts #kölnpodcast #podcastköln #ezzo
✨Summer break is over!✨ Busy days at work and in general. But I also took the time to create the new episode for “The History of Cologne” coming out on Monday for your ears. 👂🤓🥳 Until then enjoy this shot into the nave of our sweet little station’s chapel. 😌🥰
A view into Gereonstraße with 120 years distance, looking to the east with the Cathedral in the background. Especially my American listeners may recognize the street. Here began in 1945 the Cologne Tank Duel, better known in the U.S. than even in Cologne, which should only end at the cathedral.
The beauty of @aachenerdomofficial ✨ Listen to
Where did the Roman cemeteries go?
The "Andreaskloster" (transl.: St. Andrew's Monastery square) in historical comparison from 1925 and 2022. What do both pictures have in common? Bad weather and gray clouds. What has changed? At first glance, not much. Nevertheless, the reconstruction here took a long time. To this day, St. Andrew's no longer has its typical pointed roof, but now has a much flatter covering. The adjacent houses to the left of St. Andrew's Monastery are also mostly new buildings that now tower higher than those predecessor buildings from 1925. Like seemingly eternity itself, Cologne Cathedral continues to rise toward the sky.
The History of Cologne Podcast
Powered by WordPress.com.
Loading Comments...